As of the night before our flight to Lukla, no planes had been able to land at the infamous 9300’ airport in 3 days due to poor visibility. This resulted in hundreds of trekkers delaying the start of their trip and some forced to completely alter their itinerary. Our guide Chanit was optimistic that with a helicopter and improving weather, we would have no problem sticking to our original plan of landing in Lukla on the 27th. Before calling it a night, Chanit told us that our helicopter was stuck in Lukla and would delay our departure by about an hour.

After meeting in the hotel lobby at 7am, Chanit said the helicopter was still stuck in Lukla due to poor visibility and that we would leave for the airport by 8am. We eventually took another Hectic taxi ride to the Kathmandu airport and made our way through security. It was a slow process with a lot of uncertainty about if we would fly, and where would land if we did. Finally by noon, we were on board the helicopter! With rapidly changing weather, our pilot told us plan A was Lukla, and plan B was another small village 1,000’ below Lukla called Surke.

The flight was stunning, meandering around rural villages nestled into the steep, terraced hillsides of Nepal. We were in and out of the clouds for most of the flight, with our pilot forced to navigate by GPS and decades of high altitude flying experience. As a gazed out the window at the horizon where I imagined the Himalayas might be, a very peculiar cloud caught my eye. It was towering well above the rest of the clouds when suddenly it hit me, that is a mountain! To stunned to even reach for the camera, I starred in awe at the jagged outline of this magical peak scraping the sky. As the canyon grew narrower and narrower, our pilot pointed up to the clouds, “Lukla is in the clouds. We cannot fly to Lukla. We fly to Surke.

A smooth landing and swift exit, we found ourselves on foot in the Himalayas at an altitude just shy of the summit of Mt. Ashland back home in Oregon. We enjoyed some fresh ginger tea and vegetable fried rice before meeting our assistant guide Sonam, and our porter, also Sonam. With our bellies full and ready to go, we started our trek from Surke to Phakding. The change of plans add a few miles and an additional 1800’ of elevation gain than we would have had from Lukla.

The hike was absolutely remarkable, walking through lush landscapes of waterfalls, coniferous trees, suspension bridges, mules, and tea houses. Between the blue pine tree forests, raging rivers, muddy trails and plenty of mushrooms, one could gaze at the foggy mountainous landscape and think they were in the heart of the Pacific Northwest.

After 6 miles and 2200’ of elevation gain, we made it to our tea house in Phakding. The “Sherpa Guide Teahouse” was draped in prayer flags and surrounded by rocks etched with the ancient mantra “Om ma ni padme hum”. Upon entering, we were greeted by friendly guesthouse owners and hot cup of ginger tea. We stuffed our bellies full of Dal Bhat and garlic soup, and rested before our big day climbing up to Namche Bazzar. 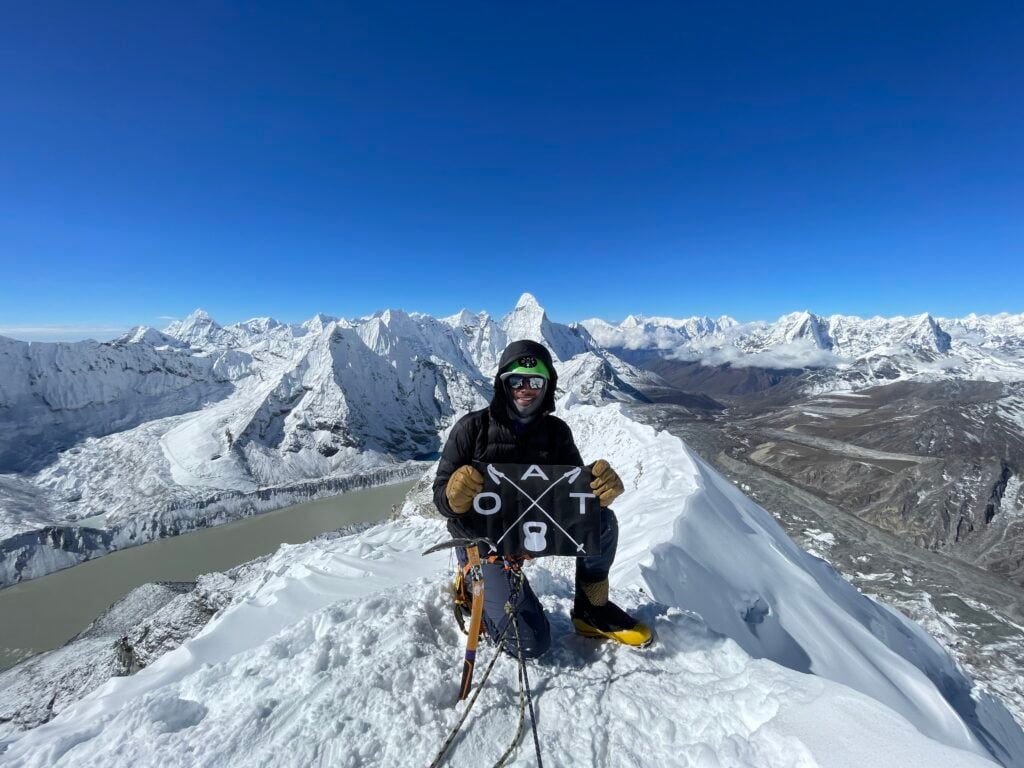 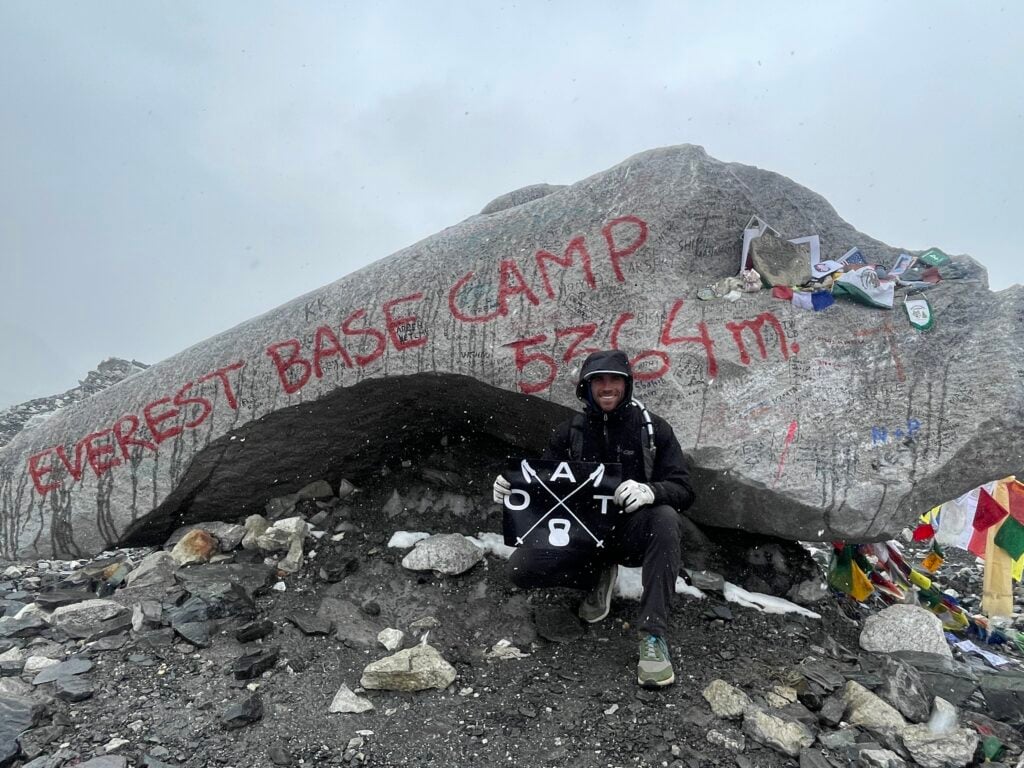 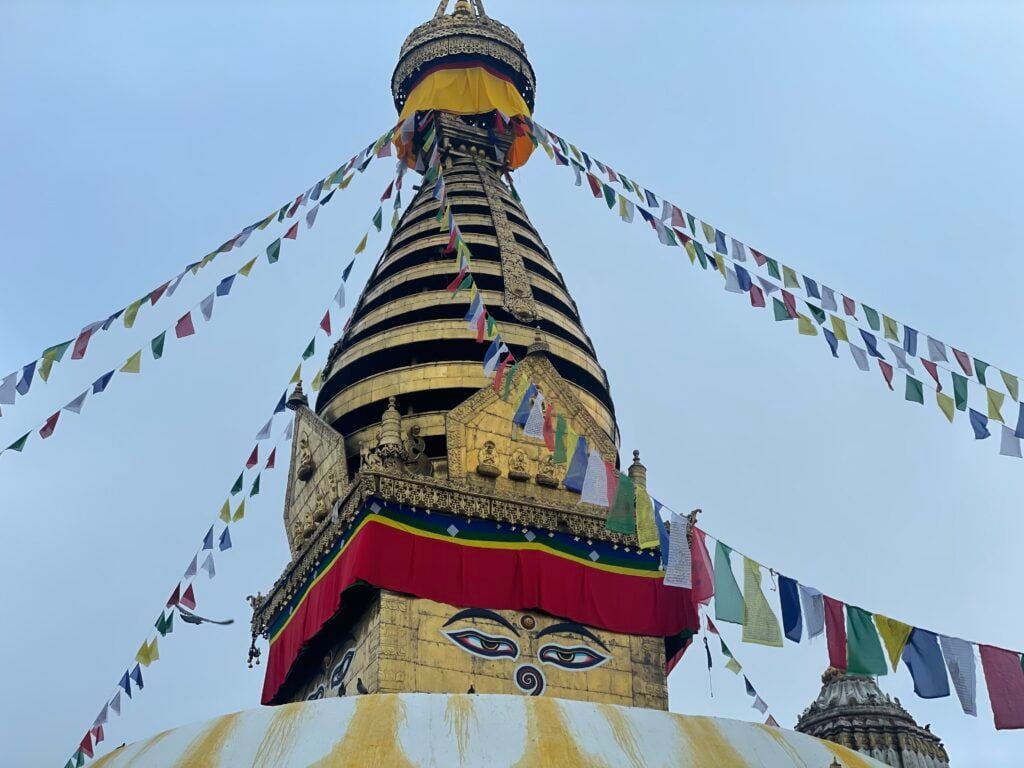 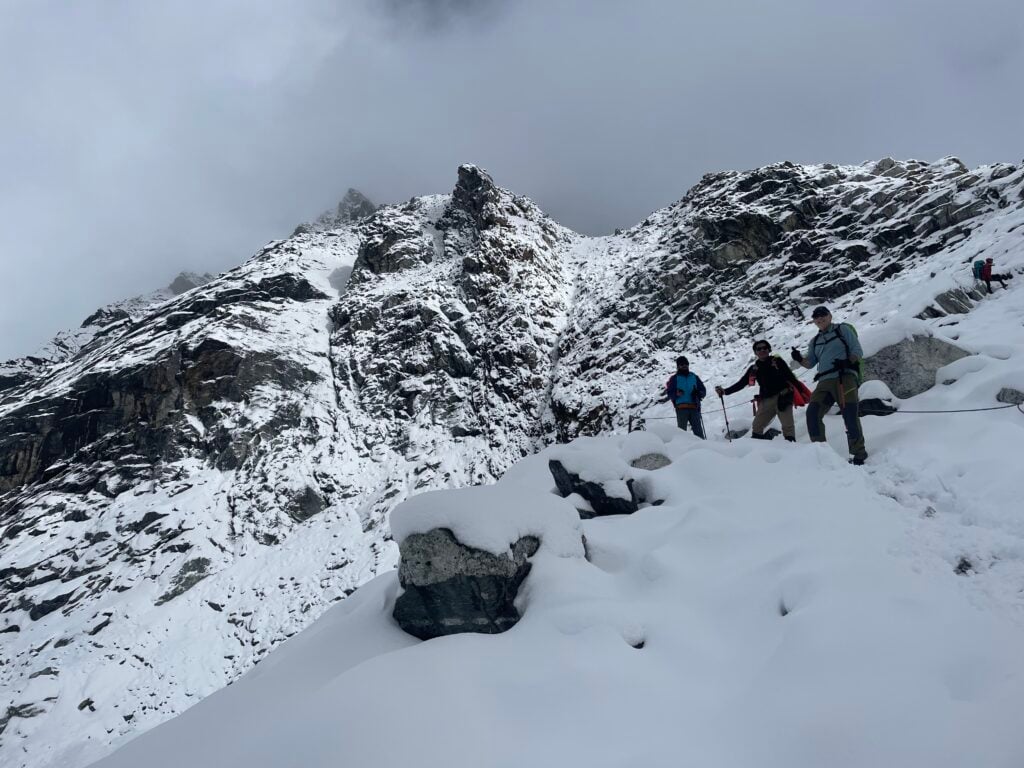 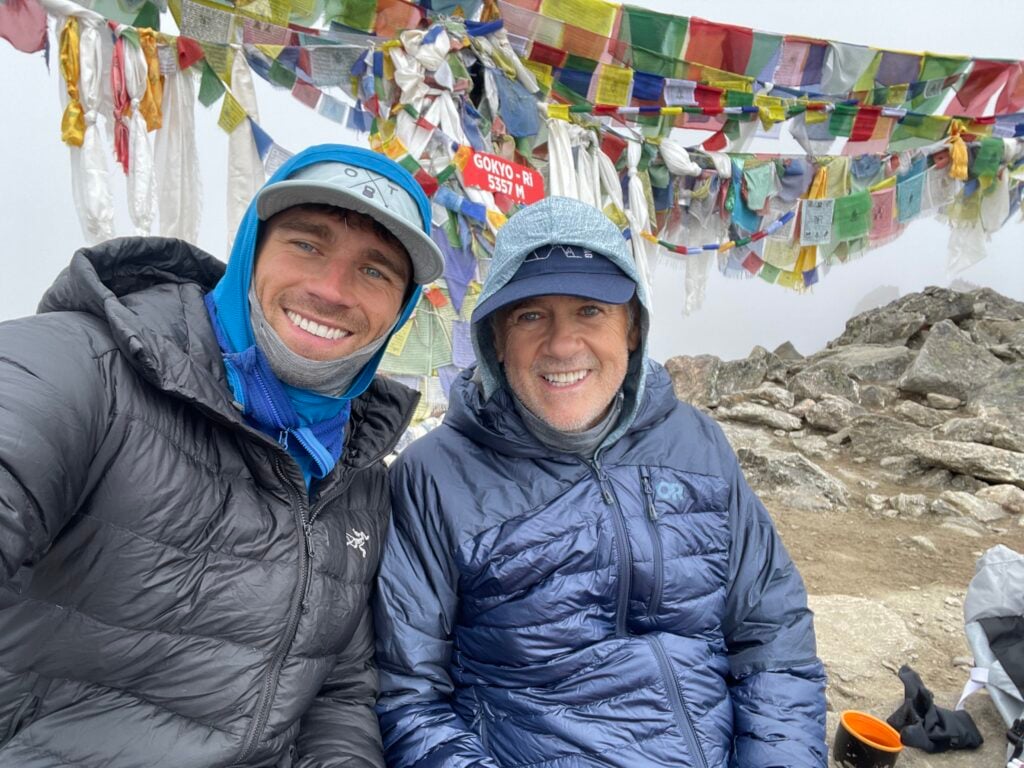